This can be a confusing concept in UCS Director, mainly because people have preconceptions of what a VDC (Virtual Data Centre) is due to multiple uses of the acronym. Personally I would have probably called it something different but such as life we don’t always get what we want.

What a VDC is in UCS Director is the overarching definition of policies that are applied to a group and used for the deployment of catalog items.

The polices that make up a VDC can been seen in the following image; 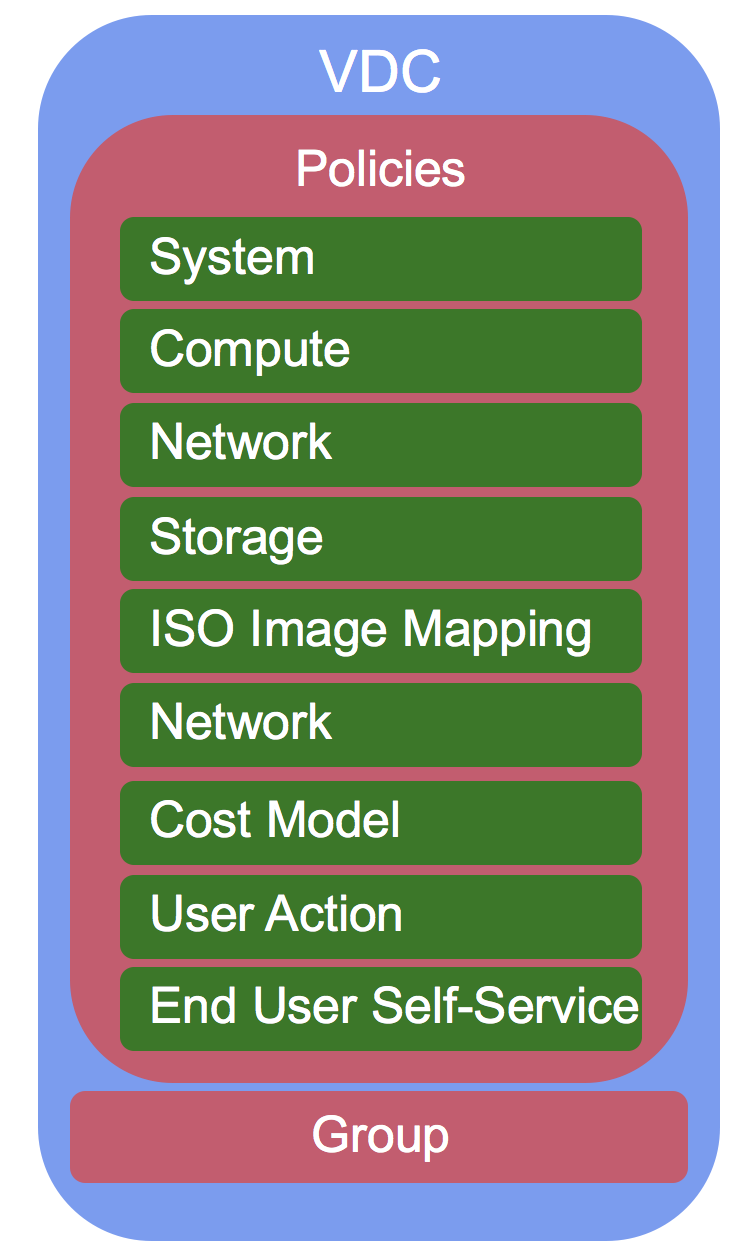 To help understand the policy interaction in a bit more detail (still work in progress); 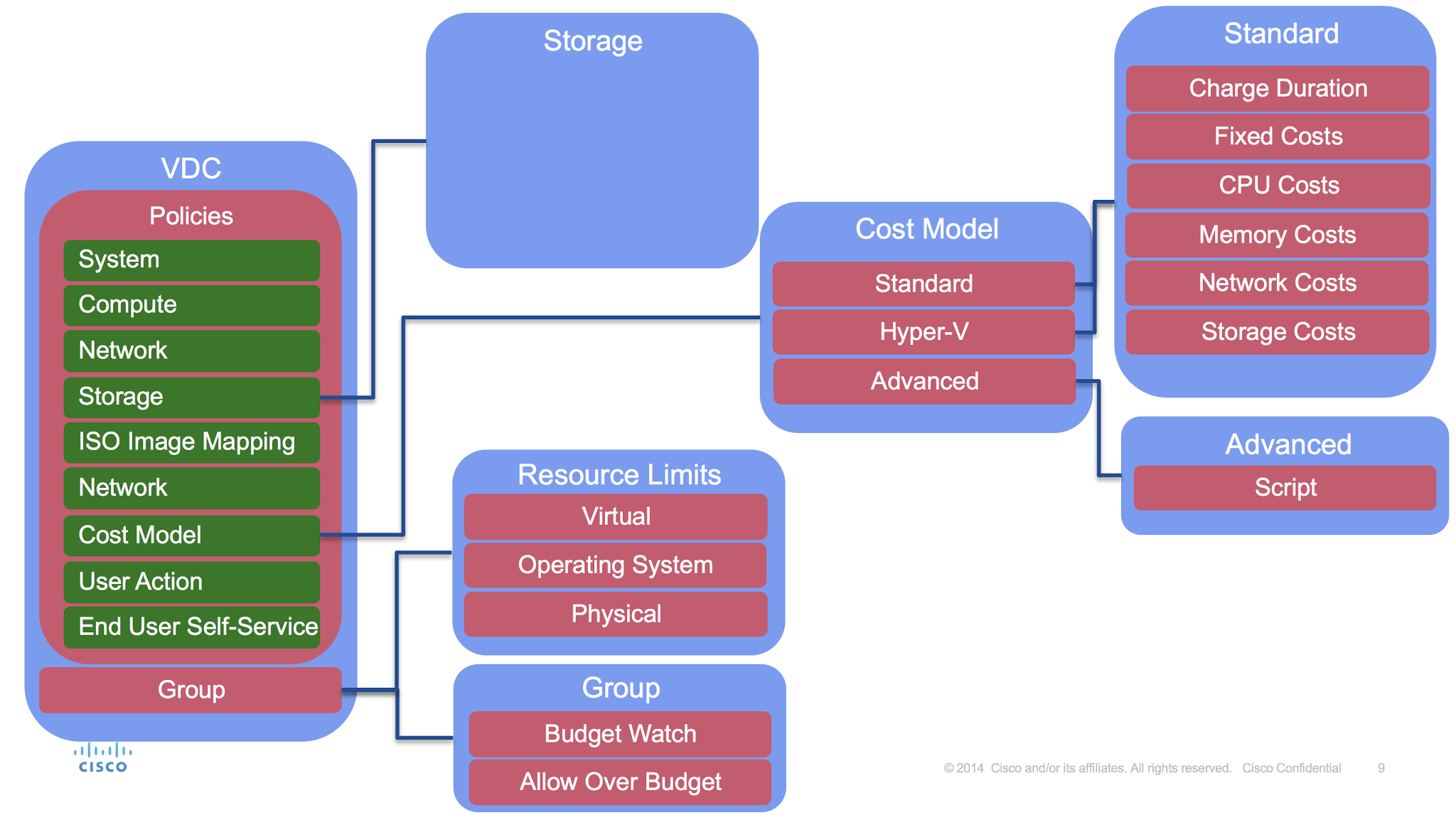